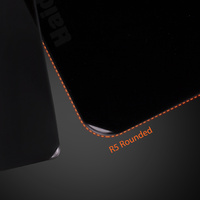 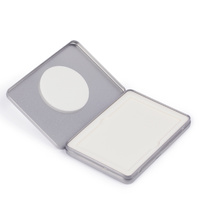 It can be applied to darken bright skies, specifically during a sunrise or sunset, while allowing for a normal, unaffected exposure in the other regions of the image.

This filter achieves its effect with a band of density across its center region that provides a reduction in light from entering a lens. This band extends approximately 15mm in both vertical directions. With a soft-edged line of transition, it tapers to a density that provides a reduction in light at the edge above it. Directly below the band of density, it tapers to clear, with a hard-edged line of transition before the clear area.

The placement of a band of density that tapers to a density above it with a clear area directly below, allows the Haida Red Diamond Hard-Edge Reverse-Graduated Neutral Density Filter to match the positioning of the sun when it is at, or immediately above, the horizon. In such instances, the sun can appear closer to the center of an image as opposed to the upper edge, and an increase in brightness is created that is more prominent on both sides of the sun than above it. This pattern of brightness corresponds to the density pattern on the Haida Red Diamond Hard-Edge Reverse-Graduated Neutral Density Filter. The hard-edged line of transition in this reverse, graduated neutral density filter is useful for hard transitions between the sky and land, while the gradation with a soft-edged line of transition is applicable to multiple regions of brightness within the sky. 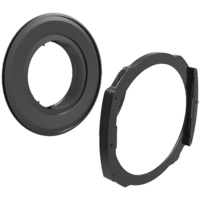