This 100 x 150mm Red Diamond Hard-Edge Reverse-Graduated Neutral Density 0.6 to 0.15 Filter can be applied to darken bright skies, specifically during a sunrise or sunset, while allowing for a normal, unaffected exposure in the other regions of the image.

This filter achieves its effect with a 0.6 band of density across its centre region that provides a 2-stop reduction in light from entering a lens. This band extends approximately 15mm in both vertical directions. With a soft-edged line of transition, it tapers to a 0.15 density that provides a 0.5-stop reduction in light at the edge above it. Directly below the 0.6 band of density, it tapers to clear, with a hard-edged line of transition before the clear area. 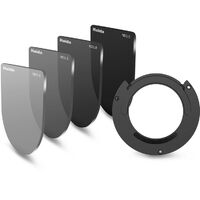 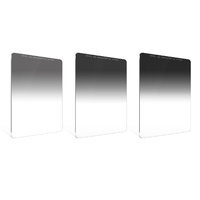