Haida Neutral Density 0.9 (8x) Filters are used to reduce the intensity of all wavelengths of light equally. The purpose of a standard photographic neutral density filters is to allow the photographer to change the aperture and exposure time to improve the image.

Haida Neutral Density 0.9 (8x) Filters create a darkening of the entire image, allowing you to photograph with a wider aperture or slower shutter speed than normally required.

By slowing your exposure time or increasing your aperture, you are able to control depth of field and convey movement more easily. Neutral density filters do not affect the overall coloration of the image.

The ND 0.9 (8x) filter decreases light transmission and corresponding exposure adjustment equivalent to 3 full f-stops, and reduces ISO by 1/8 or 12.5%.

Haida ND filters still retain front threads for a lens cap, a lens hood or even for stacking a second filter. 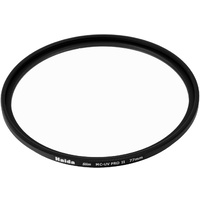